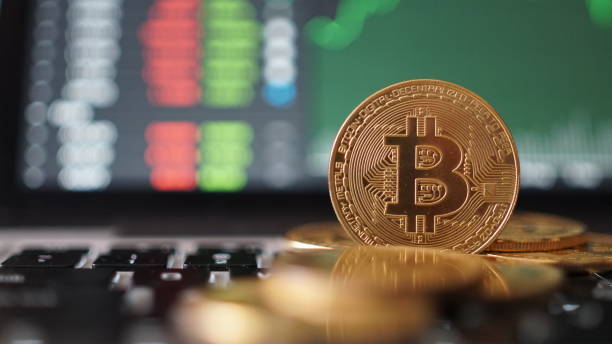 Cryptocurrencies, in simple terms, are virtual coins that can be exchanged to avail services and purchase goods over the internet. With more and more people getting attracted to this market, cryptocurrency has found a wider base and many companies have expanded its reach while some are sticking to their constant grounds. While cryptocurrency has not been able to achieve the With cryptocurrencies taking all the time under the spotlight with a variety of news covering the advantages and the disadvantages of the digital currencies, let us dive one step deeper into the world of crypto and understand the different types of cryptocurrency coins that rule the market.

Bitcoin has become the informal name of cryptocurrency ever since cryptocurrency has gained fame. Bitcoin, the first cryptocurrency, was invented by Satoshi Nakamoto in 2009. As of today, there are approximately 18.8 million Bitcoin Tokens in circulation around the world. Independent of any banks or the government, it is safe to say that Bitcoin has experienced the firsts of cryptocurrency. From semi-anonymous transactions to be in the spotlight for playing an integral role in illegal activities, Bitcoin represents as much as 65% of the cryptocurrency in the market. In July of 2020, Bitcoin was also accepted by the chartered banks across the US as they acted upon the order of US OCC.

Ethereum is yet another form of cryptocurrency much similar to its sister currency, Bitcoin. The main purpose of this blockchain network was to promote the customers to invent and monetize applications. The currency used by Ethereum, Ether, was formerly invented to act as a payment method on their platform. Reports suggest that Ether is just behind Bitcoin in the ranks of virtual currency. The major difference between Ether and Bitcoin is the limit. Bitcoin has a limit over the number of coins that can be created which ether does not. Ethereum proudly houses the appreciation for the unparalleled growth of Non-Fungible Tokens.

Cardano is yet another player in the cryptocurrency market which is also claimed to be the third generation blockchain platform. Cardano eliminates the electricity usage for mining as in other crypto coins such as Bitcoin and opts for a more sustainable option with proof of stake. The cryptocurrency coins created by this blockchain are named after a famous mathematician of the 19th century, ADA. Unlike its counterparts, Cardano offers identity management and traceability as its applications thereby reducing the chance of its coins being used for illegal activities.

Another famous and largest cryptocurrency exchange is Binance which creates cryptocurrency coins by the name of Binance Coins. Formerly built on the blockchain of Ethereum, Binance now has its own blockchain facility with millions of customers. Binance was created in 2017 and facilitated its customers with various discounts on trading fees for their own brand coins, other payments, travel booking as well as other online services.

To know more about cryptocurrency, visit our page at All Scam Reports.